Last week I was coordinating a peer exchange of Greenpeace programme directors (more on this later). On the final day I facilitated an all day meeting to consolidate the learning from the week. At the end of the day one participant fed back how valuable it had been to spend a few minutes at the start of the day to agree what the culture of the meeting was going to be. ie. a set of ground rules of how the group wanted to work together.

Creating an intentional culture for a meeting, workshop, team or even organisation can be a game-changer in terms of getting people to collaborate and work together without conflict. It helps folks understand the parameters of what’s acceptable and what’s not. Oftentimes we assume cultural norms exist in the workplace – such as not talking over one another in meetings, or not Skyping our colleagues at 10pm – but without them being explicitly stated it’s easy for boundaries to be crossed.

In their excellent book Rules for revolutionaries: How Big Organizing Can Change Everything Becky Bond and Zak Exley write about how they used a stated team culture when they had to quickly pull together a remote team for the Bernie campaign. It included core working hours and guidance on how the team was expected to communicate with each other. For example, ensuring that conflictual email or Slack conversations were shifted quickly onto calls or face-to-face chats so that they would be  resolved fast. This was crucial to give a new team – working across US timezones – clear expectations of how they should operate.

Many tech start-ups and some of the digital native campaigning groups are intentional about their organisational culture. I read this great blog by the social media platform Buffer recently which describes how the company recruits new staff. Central to this is ensuring that new recruits embody the company’s culture. Whilst some of the values outlined in its culture may come across as a little new-agey, they also give strong indication of how the company expects its staff to work together – ‘Default to transparency’, ‘Be a non-ego doer’.

Whilst handing down a set of cultural rules form the top of a hierarchy may be desirable at an organisational level, setting a culture works best if its co-created by the people who are going to use it. My participant’s feedback last week was that it was the act of deciding the cultural rules together which was beneficial. It allowed participants to really step into the culture and embody it. And of course mandated me as a facilitator to keep everyone in check.

Setting an intentional culture with a team who is already working together may just mean explicitly stating the norms you already work by. But it could also create an opportunity to smooth out conflicts and opposing approaches. Cultures like this should be revisited and revised as team dynamics change – there’s no point having ground rules that nobody is sticking to. 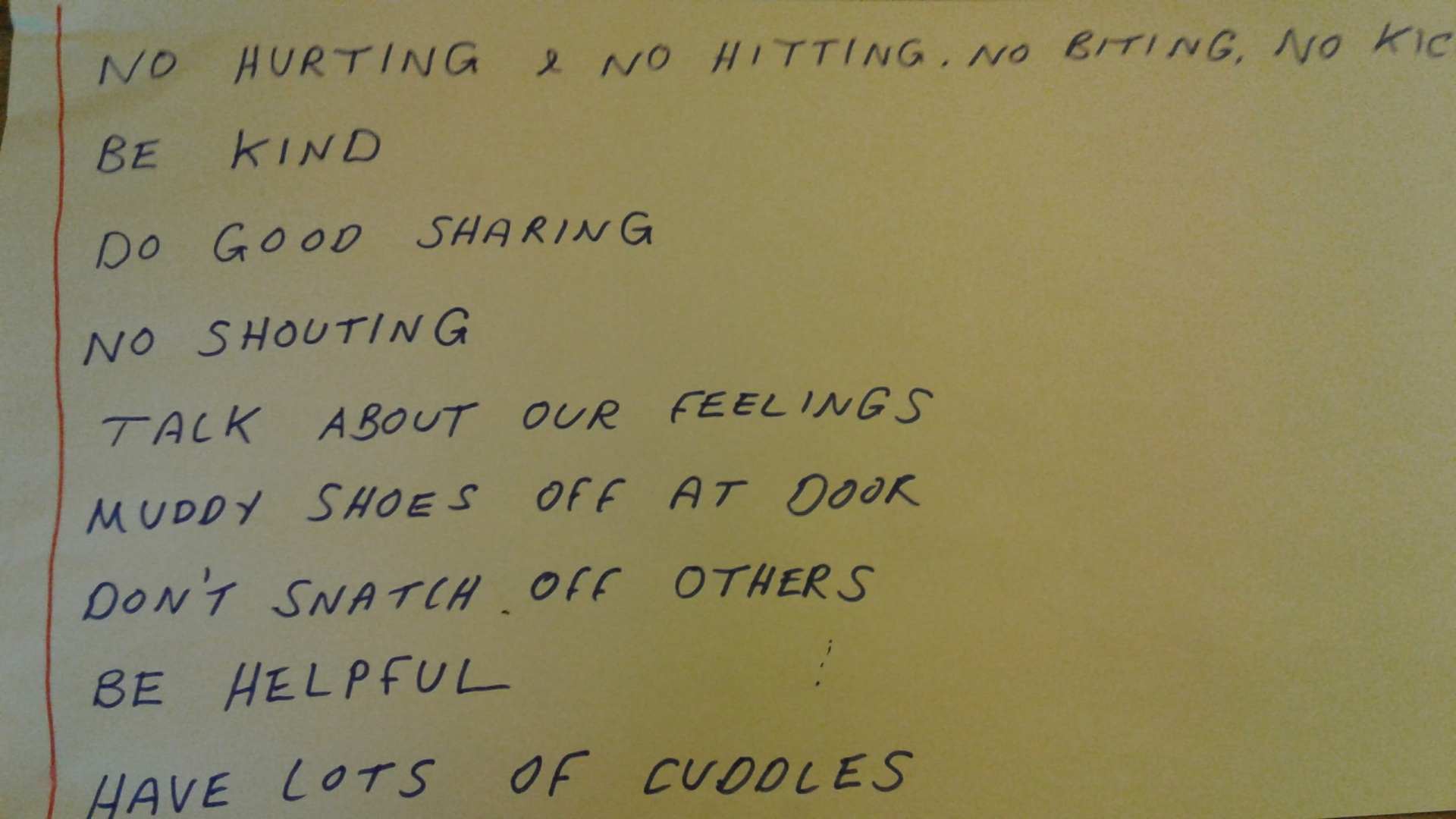 My favourite application of co-creating an intentional culture is at home. Sitting down with my kids to get them to suggest our house rules gets more buy-in than handing them down from on high. Just like with adult groups, it gives them ownership over the culture. It might throw up a few surprises – who knew my three year old cared so much about muddy shoes in the house – but allows all of us to hold each other to account when we overstep the mark and to encourage the positive behaviour that works for our family.

I’m  staring a new role with Greenpeace UK next month, where I hope to be exploring more on how to build a great organisational culture. I’d love to hear examples from you of how to agree an intentional culture and how to build the space for it to be adhered to.

Emily Armistead is a campaigns consultant currently based in London. She blogs about how to make our campaigns and organisations more effective.